Four Free Multiplayer Maps to Cover All Sizes of Combat

Skins, Blueprints, and More Highlights Throughout the Battle Pass

Please note that the Season Six update will have a download size of approximately 19.6 - 63 GB for owners of the full version of Modern Warfare and free-to-play Warzone, who are up to date with the latest update.

At Season launch on console, owners of the full version of Modern Warfare will also have to download the Compatibility Pack to access Multiplayer and Special Ops, and the Survival Pack to access Survival. File sizes for these two Packs are below: 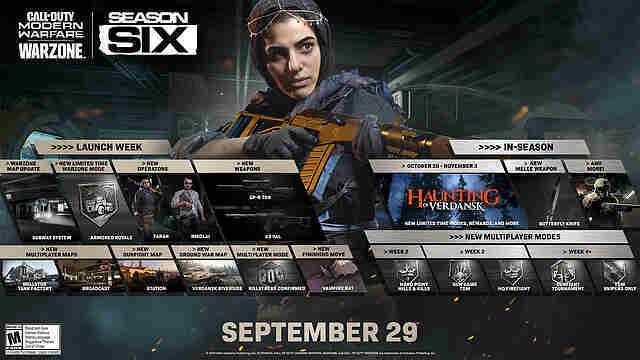