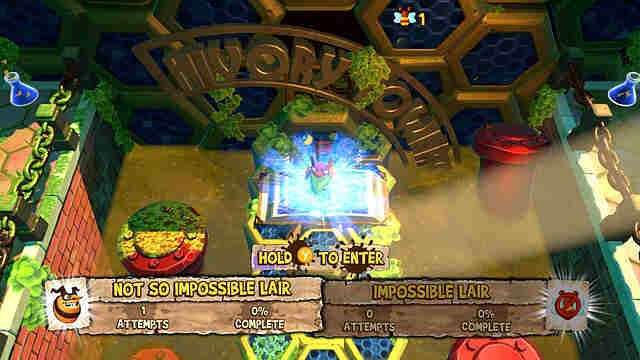 The 64-Bit Tonic is now available on Xbox One, PlayStation 4, Nintendo Switch and PC!

We've added in the "Yooka 64" model for good measure too. You lot were right, it really does make a big difference.

Yooka-Laylee and the Impossible Lair

Not So Impossible Lair